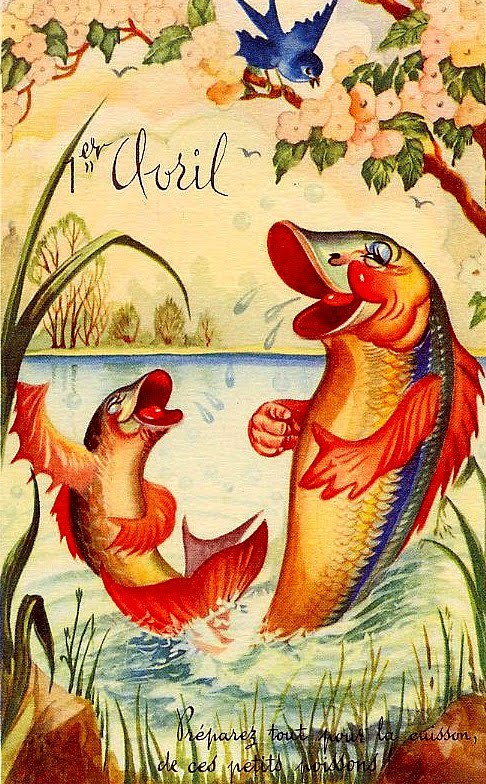 In honour of the fact that today is both Friday and April Fool’s Day, I thought I should post my special fish recipe for just such an occasion. I know it sounds like this could be a great dinner prank but in fact it’s just a delicious meal.

I love any excuse to honour a tradition, and today we have both the religious history of having fish on Fridays and the French April Fools tradition called “poisson d’avril” (April fish).  Have you ever had someone pin a note on your back? Well, in France it’s popular for children to pin fish on someone’s back as a prank. France of course, has a large Catholic population. Catholics have considered eating fish on Friday as a sort of penance commemorating the Crucifixion for centuries. (Did you know this was originally why McDonalds came up with the Filet-o-Fish?) So, when I spent a year living in France and that particular year April Fool’s Day fell on a Friday, well, you can see how I got this recipe.

Of course, April Fool’s Fish isn’t meant only for today; the recipe is a unique combination of flavours that can be enjoyed in any season. It also pairs beautifully with aromatic white wines. I encourage you to use it as an excuse to invite people over so they can share in the experience. Maybe you can discuss future pranks you want to pull!