No green beer here, but soda bread is tasty stuff

I love special days, holidays. At their root, all of them involve food in some way. It’s fun to explore special foods and traditional dishes, especially in the ambience that surrounds such a day. The other part of these days is the social celebration. Gathering together to share the food and the spirit of the day is essential to the fun. What’s not to love about all that?

I am not so much a fan of commercial efforts to popularize a holiday; green beer, for example, is not my thing. It’ 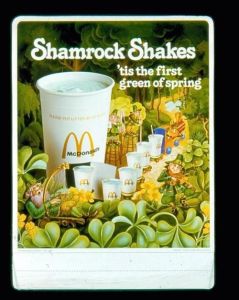 s not an Irish tradition to have green beer on St. Patrick’s Day, but rather a Guinness or other Irish brew. I like the opportunity to try the local specialty. Even as a kid I was not a fan of the then-trendy Shamrock Shake at McDonald’s.

Some say that it’s a travesty to bastardize tradition by commercializing the essence of a holiday, but sometimes there are benefits. In the mid-70’s McDonalds used some of the proceeds from Shamrock Shake sales to fundraise with the Philadelphia Eagles. This not only benefited the child of one of their players but also helped to create the Ronald McDonald Houses.

St. Patrick’s Day food is all about the meat and potatoes. Corned beef and cabbage is a popular dinner, as is colcannon (a combination of mashed potatoes and cabbage) usually served with lamb or even sausages.

There is traditional bread too – brown bread and soda bread. I find it a bit filling to have potatoes and bread at one meal, so I like to have soda bread for breakfast. It would be delicious with Beef & Guinness Stew as well, though. The stew takes a bit of time to make, but it’s worth the wait.

Ultimately the best part of St Patrick’s Day is to share one’s good blessings with a friend. Even if you only get down to the local pub for a green beer, you can at least enjoy that fraternal sentiment. In case you’re not familiar with an Irish toast, here is an easy one to use: “Sláinte”. (That’s “cheers!” in Gaelic, pronounced “slancha”.)

One last bit of advice before you head out, from the Irish themselves: 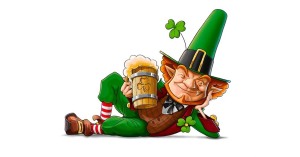 Saint Patrick was a gentleman,
Who through strategy and stealth,
Drove all the snakes from Ireland,
Here’s a toasting to his health.
But not too many toastings
Lest you lose yourself and then
Forget the good Saint Patrick
And see all those snakes again.